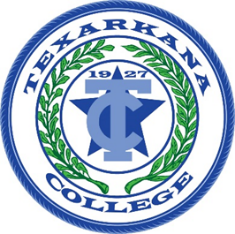 Trustees also took action to authorize board president Kyle Davis and TC legal counsel John Mercy to finalize the exit agreement for current president James Henry Russell. Russell will officially vacate the president’s position on December 31, 2018, and begin work in the private sector for BWI Companies, Inc., in January. Russell has served as president of TC since 2011.

“Dr. Smith is already a champion for TC,” said Davis. “As a superintendent, he’s been on board from day one with TC to help bring about a greater awareness of the role TC has in building a resilient economy for our region. Dr. Smith’s strong suit is effectively addressing students’ needs while building a culture of trust and respect from community stakeholders. He understands the needs of business owners because he’s been one himself. We are confident Dr. Smith has inherited a phenomenal team of faculty and staff, and TC will thrive with his leadership.”

In other business, trustees moved to accept the resolution to support the work of the Regional Economic Development Incorporation (AR-TX REDI)—an organization formed to serve as a catalyst for regional growth and a strengthened economy for southwest Arkansas and northeast Texas.

“One of TC’s top priorities in the institution’s strategic plan is to be actively involved in a regional economic development effort,” said Russell. “Today, trustees finalized a resolution of commitment to support the efforts of AR-TX REDI and will dedicate necessary resources to help secure proposals made by interested business prospects and developers.”

“Over the past seven years, the College has done an incredible job of cutting costs by working efficiently and reducing the campus footprint to provide needed resources for urgent facility repairs,” said Russell. “Through these efforts, we’ve had little impact to the budget and have been able to invest millions of dollars in capital improvements. Some of the decisions have been to shutter aging buildings, sell property including the former Robbins Toyota building and the TC farm, and the non-renewal of the lease on the building we occupied in downtown Atlanta, Texas. The recent decision to collaborate with TISD to save the Pinkerton Recreation Center pool from total ruin is another example of addressing the years of severe neglect of building maintenance and repairs that we are facing today. We’ve done all we can up to this point to operate efficiently and cost-effectively without risk to student safety or security.”

Russell said there are still numerous deferred maintenance issues that amount to a conservative estimate of $15 million.

“When you look at the needs, building by building, there are still facilities that are noncompliant with ADA regulations, instructional spaces that do not meet the needs of today’s educational requirements, and aged HVAC systems decades beyond their useful life,” said Russell. “The needed capital improvements will be costly, but they are necessary to meet the College’s top priority for the 2018-19 Strategic Plan of enhancing, upgrading and renovating facilities to meet state and federal ADA compliance standards and to modernize instructional space.”

Russell said to analyze the scope of needed maintenance and repairs, the College consulted with engineers and architects in three areas: pavement and parking lot repairs, HVAC equipment for the existing Media Center and Health Sciences buildings, and the infrastructure and interior elements in several existing instructional buildings. Findings included the following:

Russell said studies support the dire need to bring campus infrastructure and existing interior elements up to current standards and that renovation and updates to existing facilities are the most conservative and cost efficient way to resolve the issues.

“Our buildings have good bones and a lot of life left in them, but need to be maintained by replacing old systems, renovating aging interiors, and bringing electrical and HVAC systems up to current standards,” said Russell. “By remodeling existing buildings, projects can be accomplished for a more conservative cost averaging 25-30% less than building new structures.”

Russell said TC administration will look at several different ways to finance the needed repairs, including consideration of issuing maintenance tax notes that would be paid back over a twenty-year period. Tax revenues through the interest and sinking (I&S) side of the tax rate would be levied to fund these debt payments. TC’s tax rate would remain one of the lowest in east Texas and remain below the state average if maintenance tax notes are issued in the future to fund these projects.

“To adhere to TC’s core beliefs of maintaining safe, secure and effective learning environments for students, faculty and community, it’s necessary to find a way to maintain campus infrastructure and facilities,” Russell said.

Russell said discussions will continue in the future on this topic. No action was taken on this Facility Report Item at the meeting.