ATLANTA ­– Due to the possibility of winter weather conditions this week, TxDOT crews in Bowie, Cass, Camp, Marion, Morris, Titus and Upshur Counties began pretreating many roads and bridges with brine today. Crews are focusing on pretreating the most highly traveled roadways, which include Interstate 30 and U.S. highways, along with bridges and overpasses. TxDOT […]

Texarkana, TX– Texarkana ISD has announced that pay for Bus Drivers is increasing to $25.00/hour.This rate applies to all full-time, part-time, trip, and substitute drivers. In addition, flat rates for trip driving will now be $25.00 for 1-30 miles and $75.00 for over 30 miles.These rate increases will apply to current drivers and new drivers. […]

Texarkana, TX – The Texarkana Museums System invites you to celebrate Postcards from the Past: The Story of African American George Strong in Texarkana’s Most Iconic Postcard at the Ace of Clubs House at 420 Pine St. in historic downtown Texarkana, USA. Join us on February 18th from 2:00 pm – 4:00 pm for a presentation […] 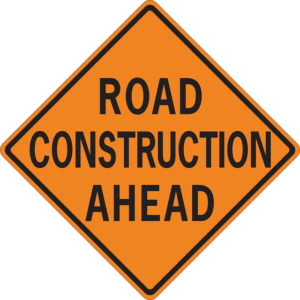 Safety improvements scheduled for Richmond Road and Galleria Oaks Drive ATLANTA – The intersection of FM 559/Richmond Road and Galleria Oaks in Texarkana is scheduled to receive a traffic signal this summer, according to plans awarded in January by the Texas Department of Transportation (TxDOT). The City of Texarkana worked with TxDOT on the project. Improvements […]

Eleven intersections in Bowie, Cass Counties to receive improvements ATLANTA – New safety lighting is scheduled to be installed at eleven area highway intersections, according to plans awarded in January by the Texas Department of Transportation (TxDOT). “The nighttime lighting systems to be installed are safety enhancements that will provide LED lighting to increase visibility and awareness of the intersection,” […]

The January 26, 2023 “Precautionary Boil Water Notice” is hereby rescinded for customers and residents of Lakewood and Union, Arkansas. This order was issued as a precautionary measure because of the possibility that contaminated water may have entered the distribution system as a result of a loss in normal system pressure due to a power […]

TEXARKANA, Texas – The Texas A&M University-Texarkana department of Extended Education and Community Development will be hosting a Master Gardener Seminar Series titled “Get into Gardening” in the spring of 2023. The series is being hosted in conjunction with the Texas A&M AgriLife Extension and the Bowie County Master Gardeners. The series will consist of […]